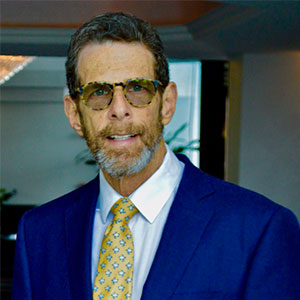 Dr. Posternack has an extensive history of leadership in the field. He began his career as an Assistant Professor at McGill University Hospital Center in Quebec, where he immediately made a positive impact on the careers of hundreds of young doctors.

In 1993, Dr. Posternack accepted a new challenge, taking a step into what would become a major focus of his career: leading hospitals to greater success. Moving to the greater Miami area, He served as Chief of Medicine of the Cleveland Clinic Hospital. There, he founded a prestigious internal medicine residency program.

Embracing his home country’s national sport, Dr. Posternack was appointed the Head Team Physician of the National Hockey League’s Florida Panthers during their inaugural season in 1993. For the next seven years, he led a team of physicians in the prevention and treatment of player injuries.

His pattern of exceptional leadership continued into the new millennium. Dr. Posternack was named the Chief Medical Officer for JFK Medical Center and Boca Raton Regional Hospital. In these positions, he led his teams to substantial growth across multiple critical measures of hospital quality.