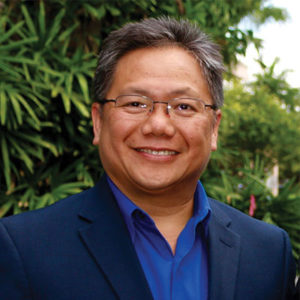 Mr. Lee earned a Masters Degree from University of Central Florida College of Optics and Photonics – Center for Research and Education in Optics and Lasers (CREOL). He is an expert in the area of high vacuum thin film deposition; specializing in high laser damage threshold coatings, high-performance optical coatings for ultra high density short pulse laser, and temperature sensitive coatings for polymer substrates.

In 1990, while working as a research scientist for the Center for Research and Education in Optics and Laser at the University of Central Florida, Mr. Le discovered a combination of thin film and evaporant materials that allows for a very broadband antireflection coating on Infrared substrates such as Germanium or Zinc Selenide. The broadband IR spectral region was defined as 3.0-12.0μm. In the late 80s, most IR thin film coatings were concentrated in either Mid IR 3.0-5.0μm or Far IR 8.0-12.0μm. The research, sponsored by Raytheon, was the first of its kind that focus on both wavelengths together.

In 2003, Texas Instruments was producing the first generation of DLP chips for digital television. An integral optical component was purchased from various manufacturers with no consistency in performance. TI turned to Corning, a #1 glass manufacturer in the world, for help. Corning in turn asked Tecport for assistance in the development and commercializing of the components. He lead a team of 2 Corning PhDs, 2 Corning technicians, and Tecport’s own R & D team to develop this optical component called DLP Chipset Protection Window (CPW). After 3 months of research and development, the team produced the most optimal thin film coating to apply to the first 100 CPW prototypes to send to TI. The coating proved to be very durable and consistent over time.

In 2012, Mr. Le led a team of scientists to produce the first prototype migraine release eyeglass. A team of ophthalmologists and neurologists from the Harvard School of Medicine and Moran Eye Care Center of the University of Utah discovered, in 2010, that the melanopsin ganglion cells are photosensitive. This photosensitivity can transmit pain through the pain pathways of the brain. Scientists discovered by eliminating a certain wavelength of light, they can reduce significantly the level of photosensitive and hence reduce the migraine. However, they were not able to design the device to eliminate this wavelength.

Mr. Le was working on a prototype of “cold plasma” equipment when he was approached by one of the scientists from Utah. He immediately accepted the challenge. He designed a sub-nano thin film stack that provided a “reverse” optical interference filter, call notch filter (NF), to eliminate a specific undesired wavelength. He then used the “cold plasma” assist deposition to apply this thin film on eyeglasses.

Tecport is now producing and providing the prototype lens to the Scientists at Moran Eye Care Center in Utah to conduct a clinical trial at the present. The initial result from the trial indicates that more than 70% of the chronicled (more than 15 episodes of migraine per month) people who have migraines have fewer migraine episodes per month after wearing these NF Glasses.

There are two patents pending on this subject, one from the University of Utah, and the other from Tecport Optics Inc.